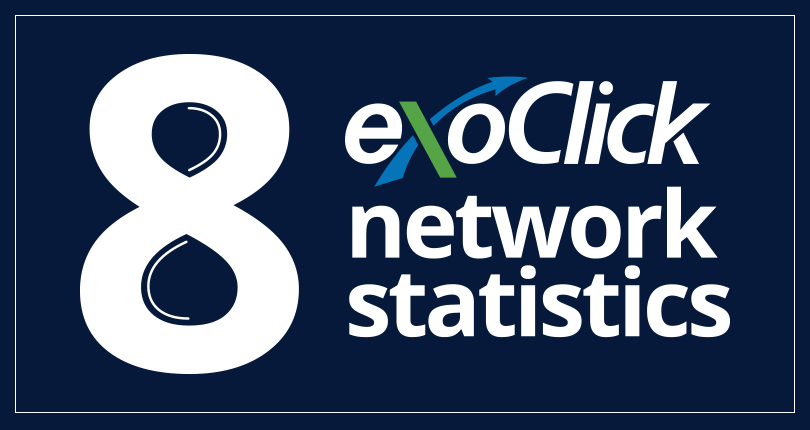 2017 was another growth year for ExoClick and our Business Intelligence team have been hard at work crunching numbers to bring you some of our network statistics from 2017.

2017 was a landmark year for ExoClick, in July we reached 6 billion daily impressions. Here is a comparison of global impressions for 2016 vs 2017. 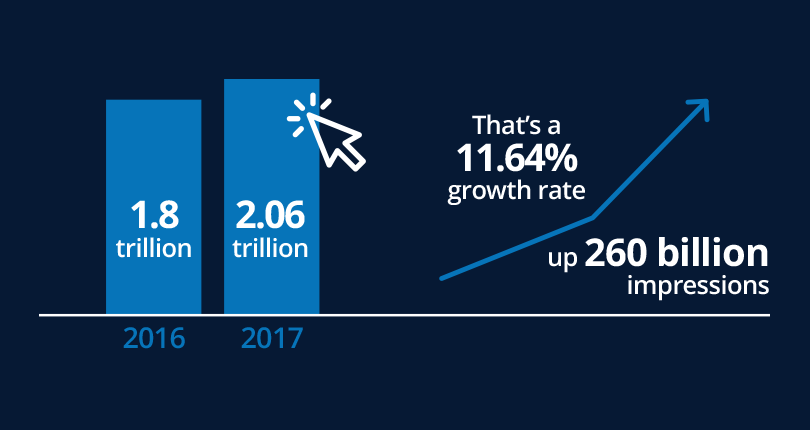 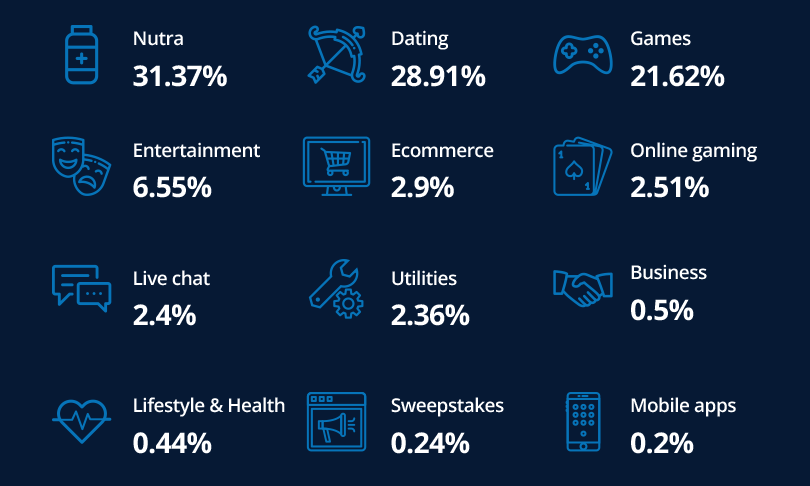 3 RTB programmatic
In January 2017 ExoClick launched programmatic advertising by offering RTB, in August we launched our ad exchange. Our platform processed a total of 668.5 billion RTB queries throughout 2017. Here you can see how many we processed each quarter:

4 Members Area traffic
In 2017 ExoClick launched its members area business with exclusive deals signed with several dating partners.  We offer ads within members area websites and in 2017 we served the following impressions:

By Q4 2017 ExoClick also launched direct CPC email blasts to Members Area traffic, which has seen phenomenal growth since its launch, check out the monthly clicks: 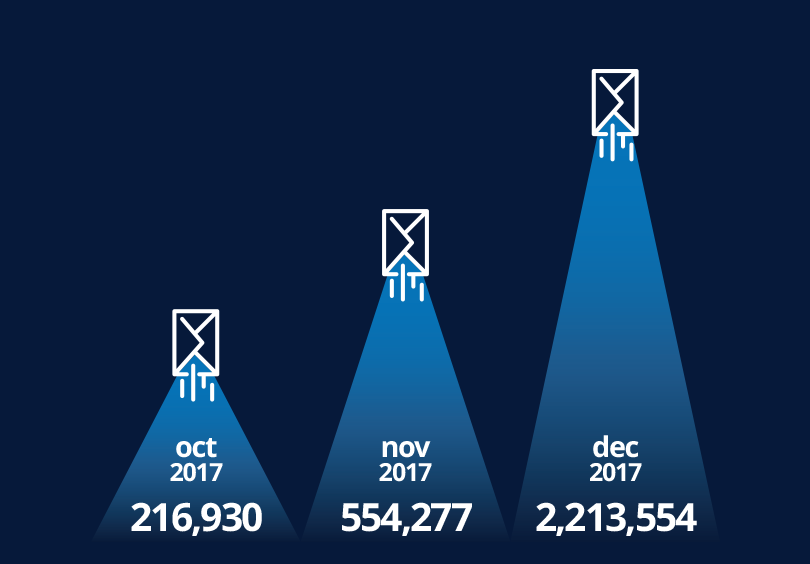 5 Native advertising
ExoClick launched the Native ad format in 2017, which publishers monetise with CPM or CPC. Native has a much higher CTR than banner ads because the ads look like editorial content of a publisher’s site. We have seen excellent growth with this format and it is expected to be used by even more publishers and advertisers because the format is totally compliant with Google’s new restrictions. Here you can see the impression growth by quarter: 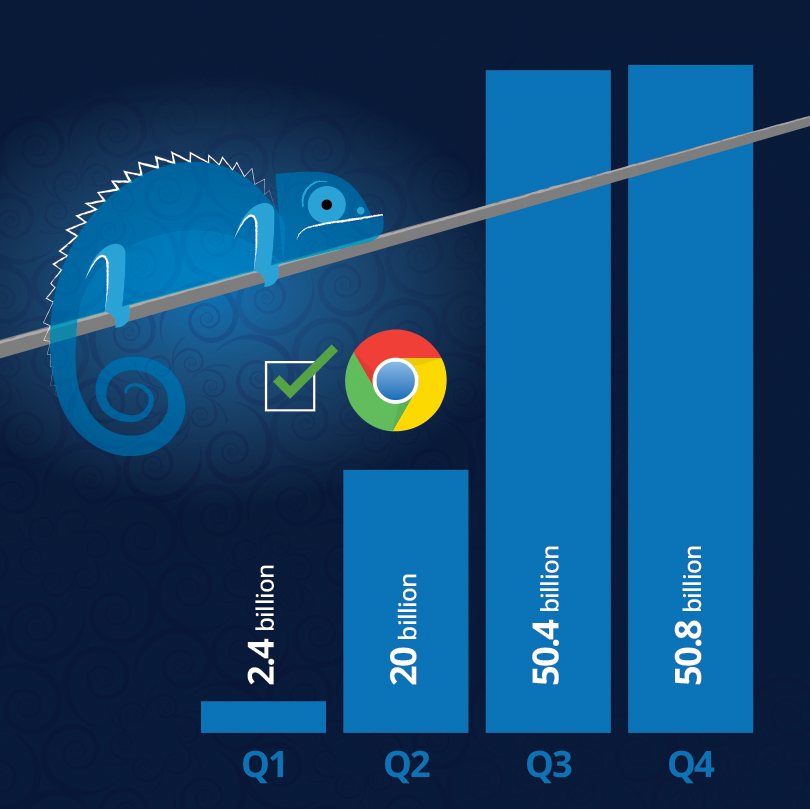 Here you can see our top 30 GEOs and how many daily impressions were served last year (daily ad impressions in millions):

In 2017 we added more mobile carriers and improved our carrier detection, this improved accuracy and increased our 3G/4G impressions in 2017 compared to 2016: 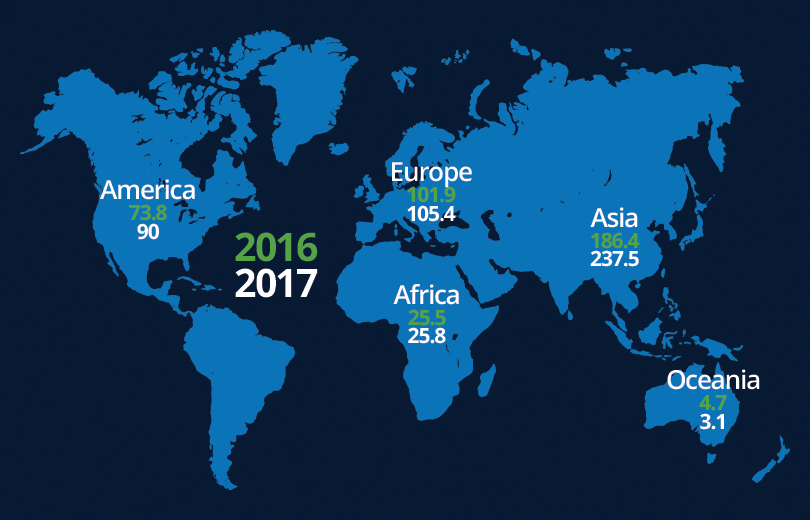 Here you can see a comparison of 2016 and 2017 with 3G versus wifi impressions, look how we have grown: 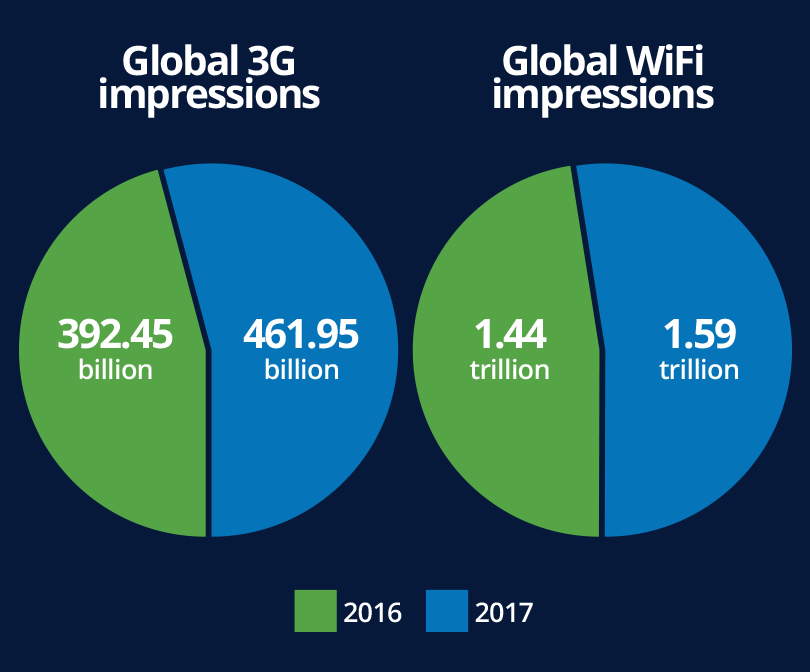