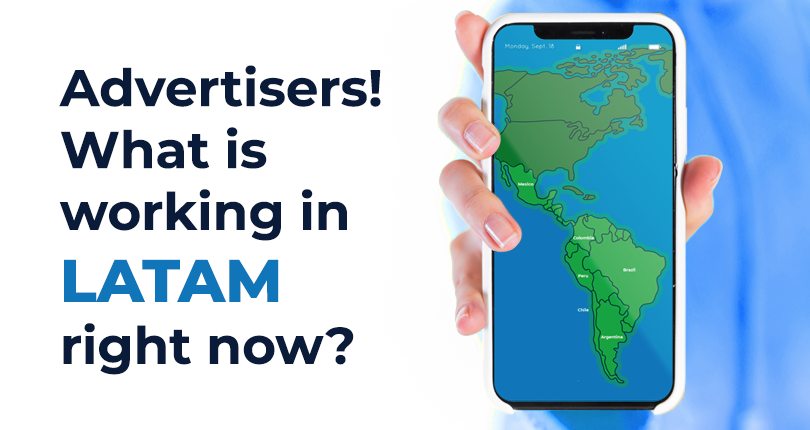 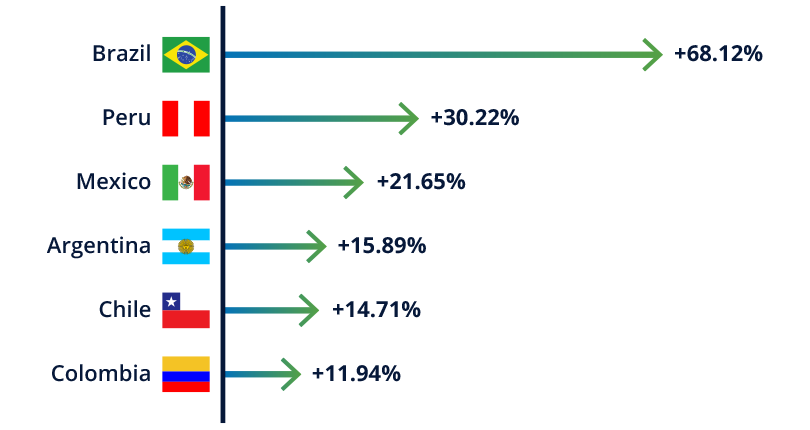 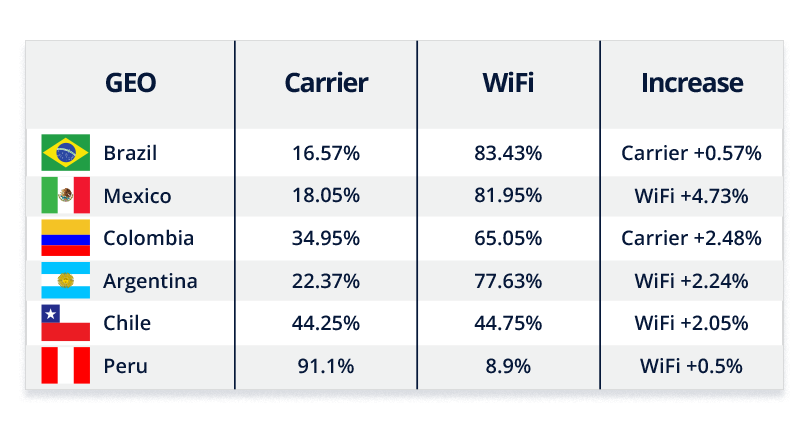 Looking at the top 6 LATAM GEOs by impressions we looked at average CTRs for 4 verticals that have converted well during the pandemic. Dating and Livecams for virtual communication/ flirting and VoD/Paysites & Games for entertainment purposes. 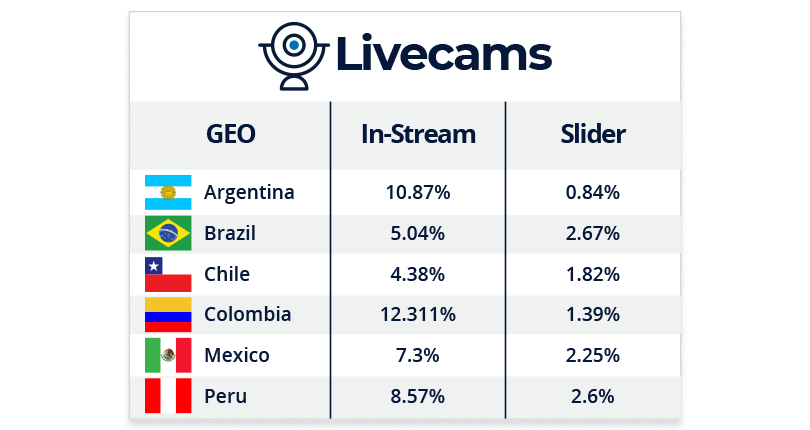 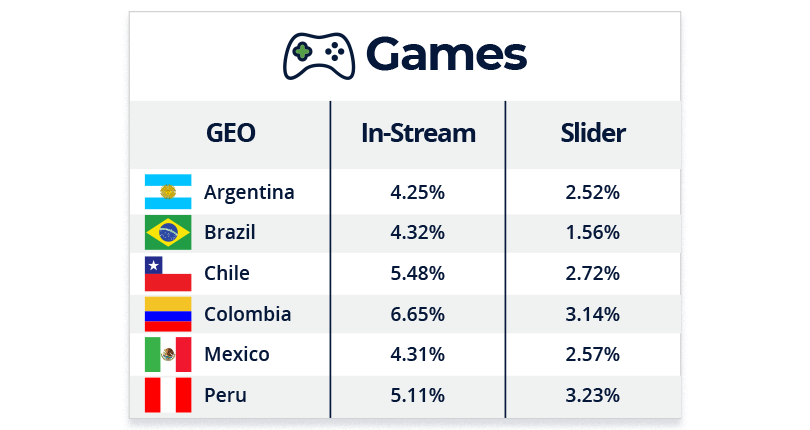 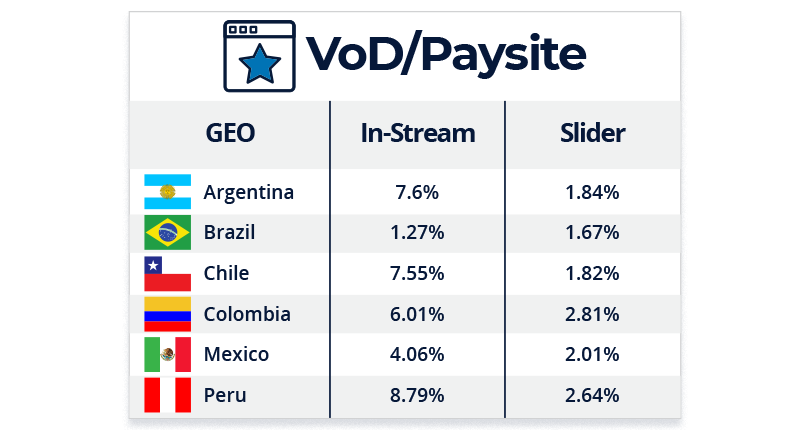 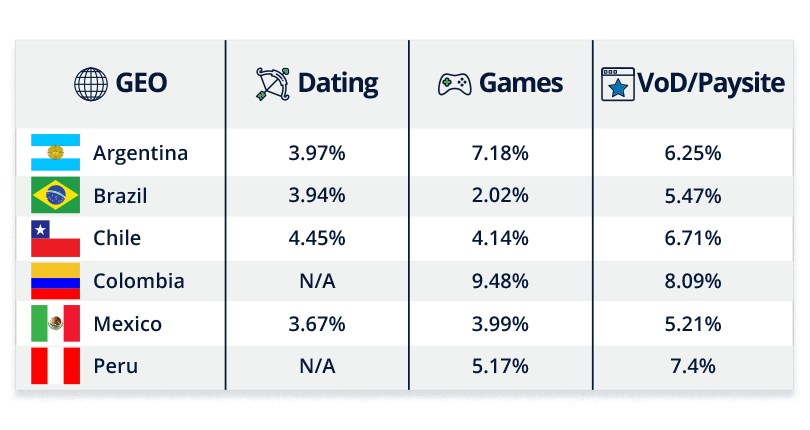 As we continue living through the pandemic times, if you are targeting your offers at LATAM ensure that you target mobile users using our high CTR ad formats for verticals that convert: Dating, Livecams, Vod/Paysites and Games. We recommend that you also use our automatic optimisation tools to help you reach these high CTRs, more information can be found here.