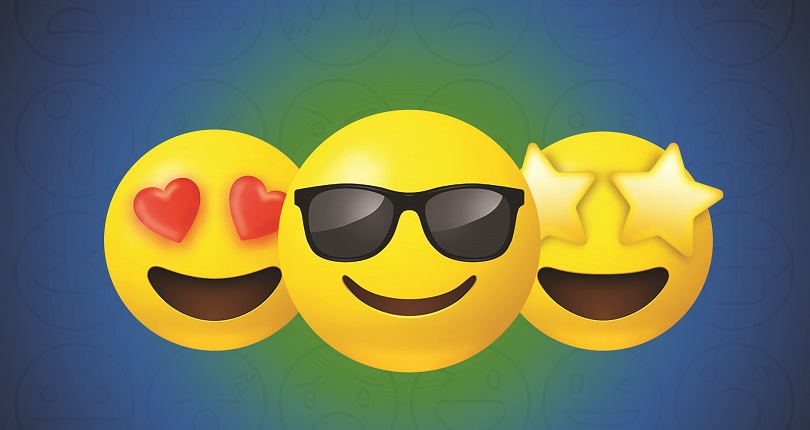 Push notification messages increase engagement when emojis are included in the message. ExoClick’s push notification ad format allows advertisers to include emojis in their title text and/or description texts. There are 2,823 emojis in the Unicode Standard and this blog post gives you some tips on how to use emojis in your campaigns.

Emojis are fun and relatable and they enhance communication by providing direct images and emotions and feelings that are universally understood. Emojis can convey a lot more than words and when used correctly, they make you feel something, whether that’s excitement, recognition or happiness. In fact, according to scientists, when a person sees an emoji in a message, their brain lights up the same way as when they see a human face. The brain recognizes emojis as non-verbal information, and as a result, emojis are then processed as emotions.

So emojis have the power to change the mood of the user who is reading them and because they evoke a human reaction, so they can really help marketeers connect with consumers on a one-to-one level.

Emoji statistics
Email marketing: According to Moveable Ink, more than 50% of brands that used emojis in their email subject lines had higher unique open rates. These digital icons help messages stand out in the crowded inbox and capture the consumer’s attention.

Social media: According to Social Media Today emojis result in 25.4% more engagement on Twitter, 57% more likes, 33% more comments, and 33% more shares on Facebook and almost 50% of all comments and captions contain emojis on Instagram.

Push Notification tap though: According to Sailthru push notifications with emojis get an average of 25% greater direct tap throughs compared to the same message without emojis.

Adding emojis to your push notification message enables you to shorten your text to make it more punchy, effective and easier/quicker to read.

Taking tip 1 even further you could use several different emojis at a time, but make sure the emojis tell a story, don’t overuse emojis just for the sake of it. Here’s an example with the Garden of Eden story.

Use an emoji that categorises your subject and place it before your text. For example, if its a sports message about soccer add a ⚽. If the user is a soccer fan then he will read your text. Here’s a tennis example:

Use an emoji to add extra emphasis to your message instead of an exclamation mark at the end.

Promote a time-sensitive offer using the ⏰, ⏳ or 💣emojis.

7. Choose the right one

Emojis have been around for quite some time now and are constantly evolving, with many new ones being added to an ever growing list. A lot of emojis may be seen to have different meanings to different people or cultures, so make sure that you research the meanings behind emojis before using them.

Visit our FAQ here to find out how to integrate emojis into your push notification campaigns.