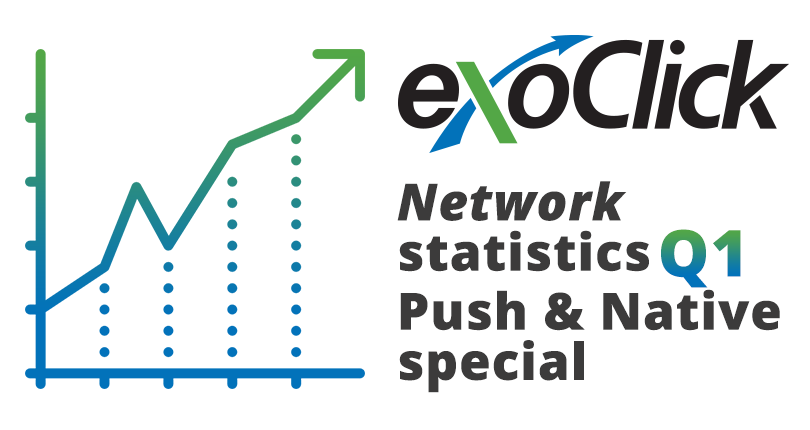 Each quarter our Business Intelligence team examines our network data. For Q1 2019 we looked at statistics for The Bidder and the ad formats: Push Notifications and Native.

Advertisers are continuing to use our Bidder tool to automate their bidding and blocking of under performing ad zones. Comparing Q4 2018 with Q1 2019 the number of unique active campaigns has increased by 62.67% with an increase of 64.88% of average rules per campaign. 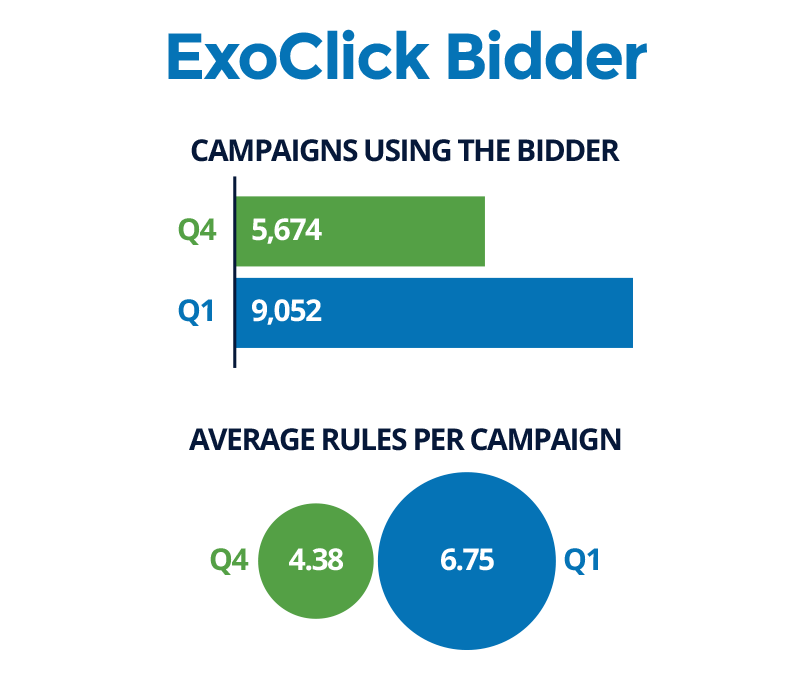 More advertisers are now using this automation tool. In Q1 we saw a month on month increase of new unique Bidder users and a significant increase in rules created. 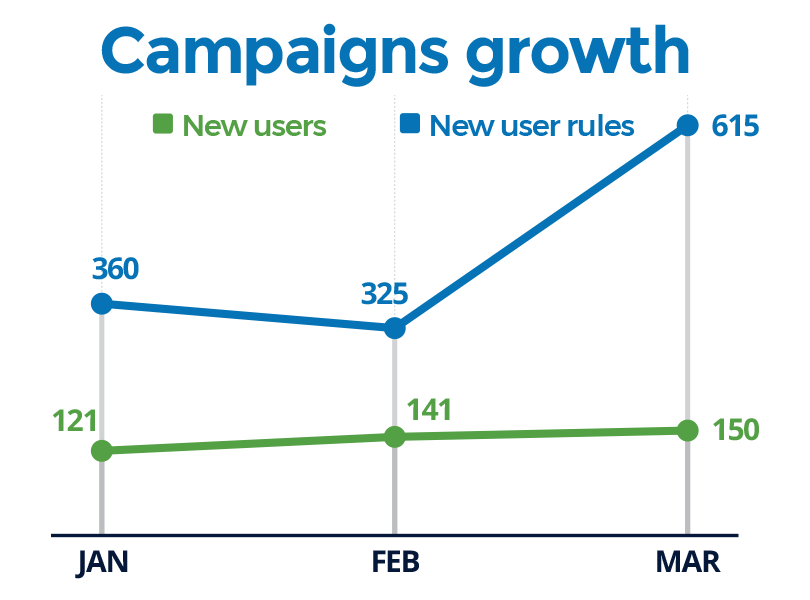 What criteria were advertisers selecting to create their rules in Q1?

The top 5 markets by value for Push Notification on ExoClick’s network for Q1 2019 were: 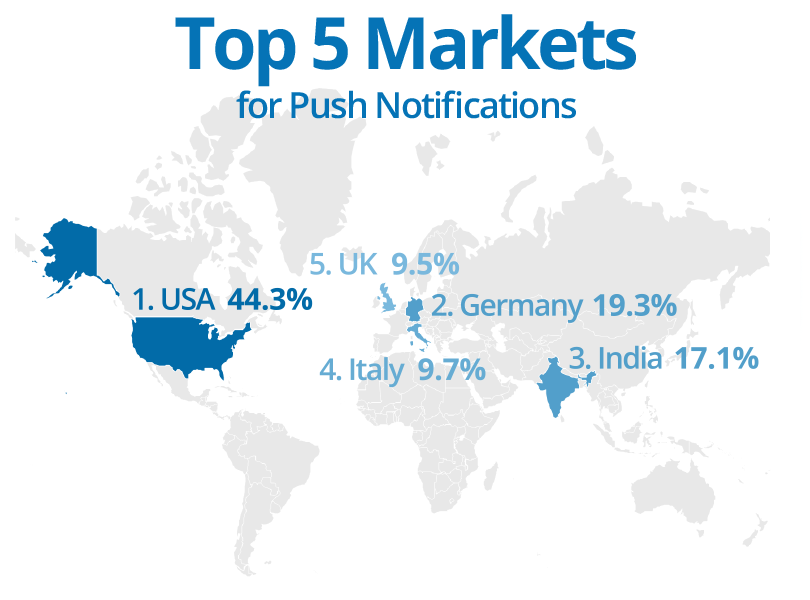 To help you as an advertiser here are the top 5 verticals of the top 5 markets on our network with the Push Notification ad format and CTRs to help you make media buying decisions: 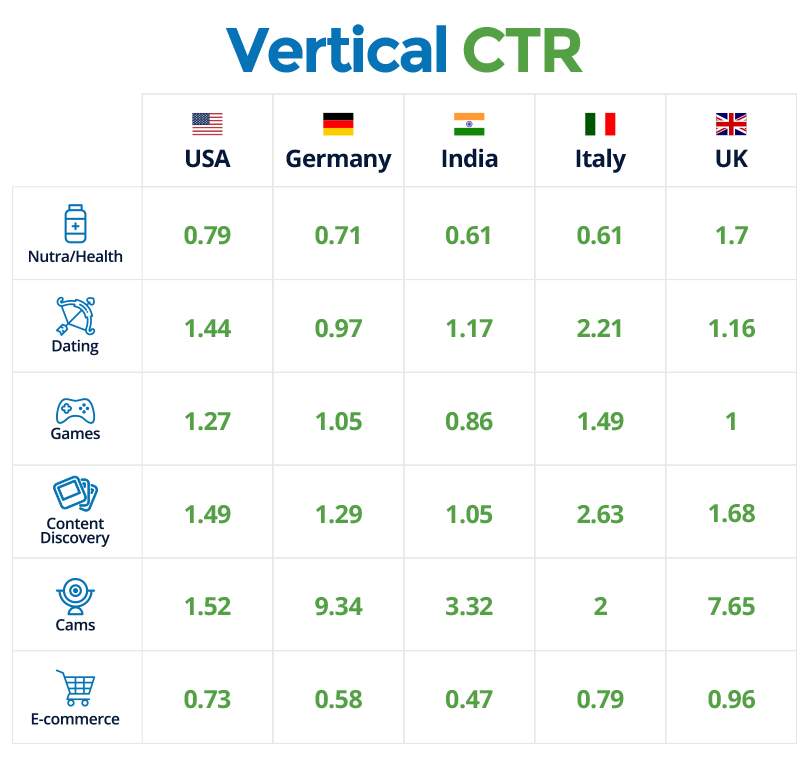 ExoClick increased the number of Native impressions served in Q1 compared to Q4 last year with a 13.14% increase in impressions and a 25% increase in clicks. The top 5 markets for Native advertising by value on ExoClick’s network for Q1 2019 were: 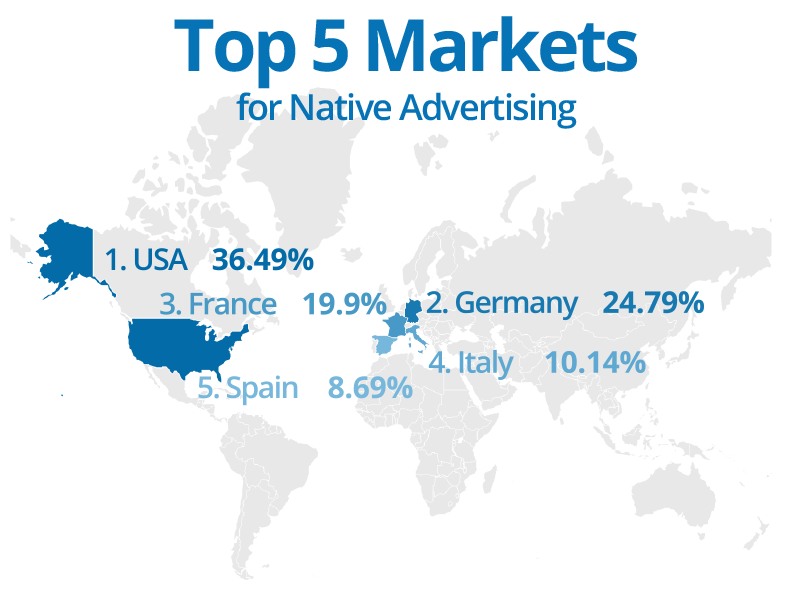 Check out the verticals for these 5 GEOs and CTRS using Native: 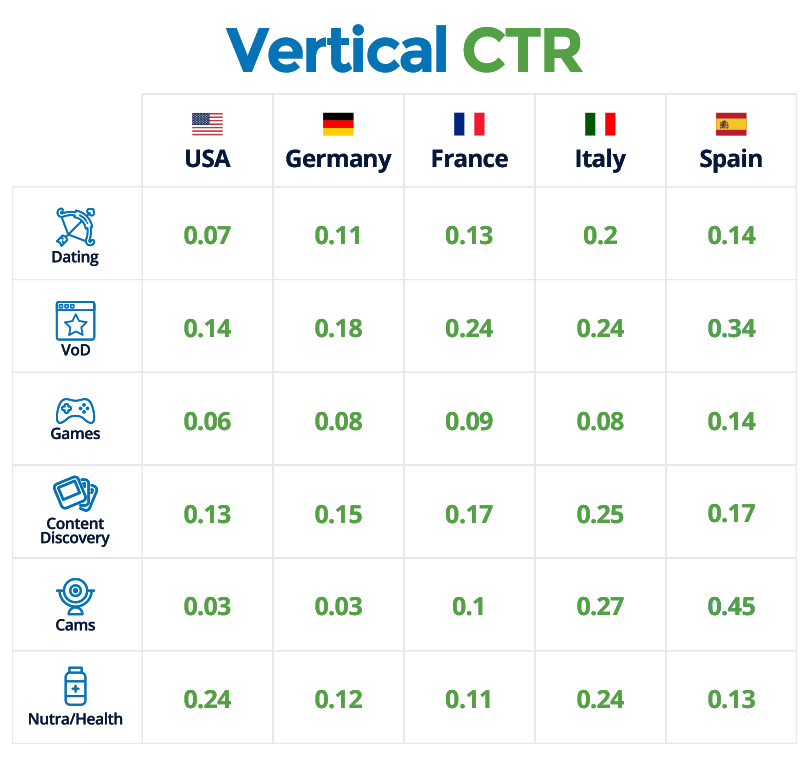 In Q1, we served 28.59% more Native impressions on Carrier and 17.79% on Wifi compared to the previous quarter. 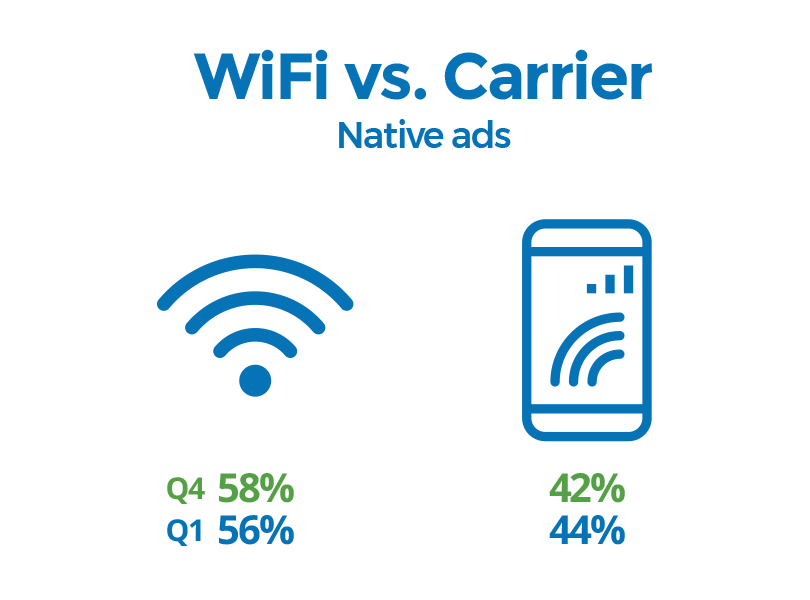