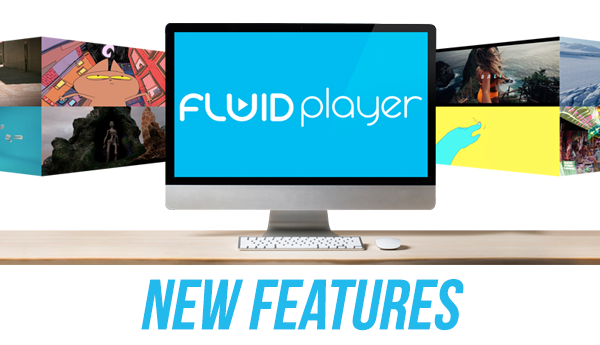 Sponsored by ExoClick, Fluid Player is now one of the most advanced video players available and the new features in the version 2 update have been developed in order to help publishers monetise the video content on their sites.

The player now supports multiple resolutions: 480p, 720p or 1080p. It is now possible to embed a logo into any video played on Fluid Player, the logo can be displayed in a range of different transparencies and can be placed in any of the 4 corners of the player. Fluid Player also supports autoplay.

Fluid Player can be fully customised to fit into the look and feel of a publisher’s site. Additionally, because Fluid Player is open source, developers are adding new features and sharing them on GitHub, such as 2 new skins Cool Blue and Lady Penelope, in addition to the 4 default skins that are currently available.

Benjamin Fonzé, ExoClick’s founder and CEO commented, “Video players are the most important pieces of software within the online entertainment industry. Because the player is fully open source we spoke with the developer community asking them what new features they would find useful, so ExoClick has invested time and resources to make Fluid Player the most advanced, free HTML5 video player available. Developers can create new features and tools for Fluid Player and share them to the community on GitHub.

The player’s updated website fluidplayer.com contains many useful tools for someone looking for a new video player including a full list of new and existing features, a feature comparison chart with other video players that are currently available and all the code needed to implement each of version 2’s new features.

Fluid Player is free to use and can be downloaded here from GitHub.