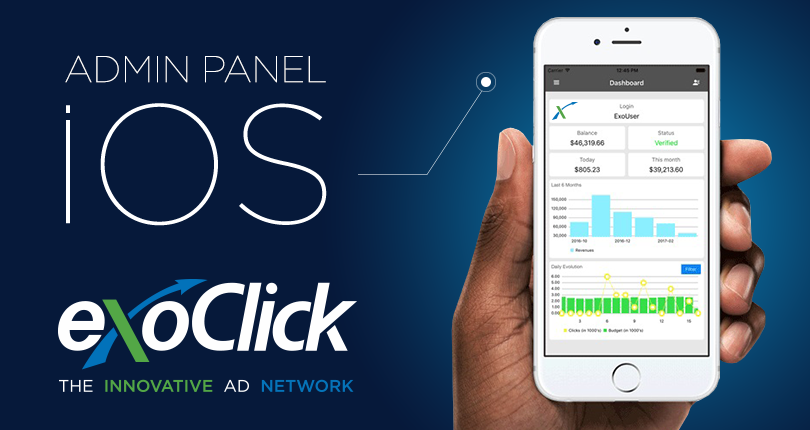 Barcelona, Spain April 18, 2017: ExoClick, the innovative ad network today announced that it has launched an iOS version of its popular Admin Panel App. The Android version has been downloaded from Google Play 9,612 times since its release.

The free app allows ExoClick’s advertisers and publishers to access their accounts and view a selection of data from their iPhone, iPads or iPod Touch. Once the app is installed, clients log into their account using their username and password and select either Advertiser or Publisher options.

Benjamin Fonzé, CEO & founder of ExoClick commented, “Due to the popularity of our Android App, we decided to also make it available to iOS users. The app is an extremely useful free tool for ExoClick clients who want to access their accounts on the go from their mobile devices, so that they can react quickly to incoming data and analyse that data by various segments so that they can make any necessary reactive campaign changes quickly.”