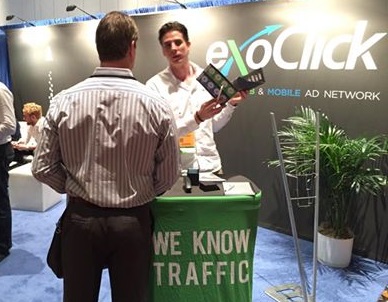 To arrange a meeting with the ExoClick team at any of the shows please contact advertising@exoclick.com

Launched in 2006 and based in Barcelona, Spain, ExoClick is an innovative global ad network serving 100+ billion geo-targeted ads a month to web and mobile advertiser/publisher platforms via its proprietary software.